Joe is entering his second year at DAA. Originally from the United States just outside of Chicago, IL, Joe attended university at many different institutions, including Northland College of Environmental Sciences, the City College of New York, Kansai Gaidai University, the University of Northern British Columbia, and Concordia University in Mequon. As a result, in addition to his B.A. in the liberal arts, Joe has three Master Degrees. (Special Education, Counseling, and Teaching English as a Second Language.) He is a licensed counselor and holds three teaching certifications.

An AmeriCorp Award recipient, he began his career as a New York City Teaching Fellow, working at high need public schools in the Bronx and Manhattan. Joe has also taught in Canada at the University of Northern British Columbia’s Dept. of Continuing Studies, in Denmark at Copenhagen International School, and most recently at the Canadian Academy in Japan. He has over 14 years of classroom teaching experience.

Involved in teaching exceptional students for over a decade, Joe enjoys contributing to professional organizations in his field and writing in his spare time.

Our Leadership Team, with over 200 years of combined diverse experience, takes great pride in serving the children of this learning community. Their thoughtful practice and commitment to student-centered decision making keeps children at the heart of the work they do. This makes for an exceptional team to serve the families of Dubai American Academy. 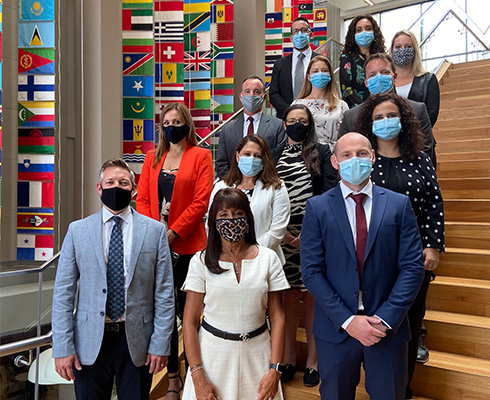